Saim assures ‘Joyland’ is devoid of a ‘liberal outlook’

by TeamTOP
in Life & Style
0


There is a child-like glee that surrounds Saim Sadiq, a thirst to unwind and squeeze into a comfortable space to address discomforting thoughts. A need to nibble onto reality and neatly pick apart its pieces to make sense of things. A need to address all anomalies and celebrate differences. Just the virtual presence of Saim evokes a sense of rapture. But the writer himself finds joy in simply telling stories without a cause in mind.

“I won’t say that I made Joyland with a social impact in mind, my purpose was to tell a story. I can’t suddenly claim to be an activist but I am hopeful that the film will create a certain level of visibility onscreen for Trans people,” Saim shares with The Express Tribune. The filmmaker behind Pakistan’s first ever Cannes feature honour stares straight into the camera as he shares his thought process behind weaving Joyland together.

Storytelling appears second nature to him as he speaks with a certain level of assertiveness, pulling you in with his gestures and chirpiness. About himself, Saim does not share much, except how ordinary his upbringing has been, as opposed to how out of the ordinary his observations are. “There’s not much to know, my dad was in the army, my mom’s a house wife, I come from a standard middle-class Punjabi family. But the stars aligned for me.”

When you’re not interested in cricket or having other ‘masculine traits’, you start questioning the notion of masculinity. Why those nuances are so strict? Why do they stifle you unnecessarily? Those things did make their way into the film.

Saim’s win, albeit, cannot be credited to a stroke of luck. Especially since he spent a good seven years constantly evolving his conservative family drama before actually putting it out there. Joyland, which revolves around a cis-trans romance “is an ensemble film about relationships that I started working on many years ago,” shares Saim. “I can’t trace the origins of my characters. But I do know I wanted to talk about patriarchy. Joyland addresses these real-life clashes that are very internal and subjective. It sees a guy who starts working at a dance club and develops a relationship with this Trans girl, Biba. The film then explores the impact of their relationship on his family.”

Saim assures that Joyland is not his life story but a lot of observations from his family influenced him to make the film. “Emotionally, observationally, if I’ve seen a vulnerable moment in my mother or aunt, I have inculcated that in Joyland. When you feel, you don’t belong to that boys’ club, how it doesn’t come naturally to you, you start wondering if it makes you any less of a man. When you’re not interested in cricket or having other ‘masculine traits’, you start questioning the notion of masculinity. Why those nuances are so strict? Why do they stifle you unnecessarily? Those things did make their way into the film. Understanding the privilege that comes with being a man also made its way into Joyland,” he added. 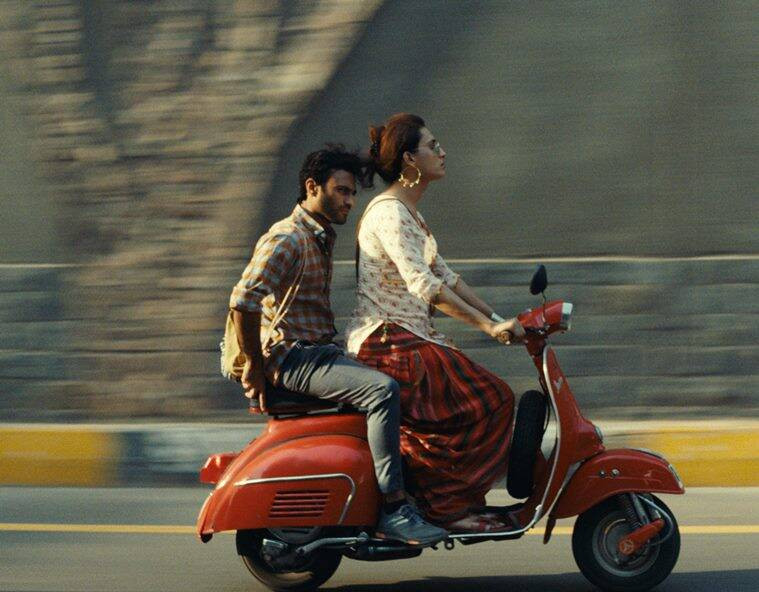 It doesn’t have a self-righteous, liberal outlook. If anything, Joyland focuses on how liberal issues can affect conservatives. It is an empathetic take.

When asked about the oomph value, Saim wasn’t too sure. “You can never know what appeases them – critics, the Cannes selection committee or jury,” he says. “The film required actors who are really just actors and not stars on the set. I needed actors who can make the characters as human as possible. That’s really the best thing about the film, the performances,” he says.

He goes on to call Joyland an “honest” film. “I can’t call it good or bad. It’s a very compassionate take on issues that aren’t honestly dealt with otherwise.” Saim swears that despite its heavy commentary on gender roles, Joyland cannot irk censor boards back home or offend Pakistani audiences at large. “It doesn’t have a self-righteous, liberal outlook. If anything, Joyland focuses on how liberal issues can affect conservatives. It is an empathetic take. And when Pakistanis watch it, everyone will be able to find at least one character they can relate to. Because the ensemble of it really portrays what a conservative family looks like.”

Joyland, however, isn’t entirely a crowd-pleaser. “It probably will offend some people too, and that’s okay,” laughs Saim. “Of course, there are things that are said, things that are spoken about. When a film is made with honesty it can be cathartic and offensive at the same time. Because it targets the status quo. Because that’s the point – to generate a discussion. So, if you’re going to get riled up, don’t come to watch it.”

The writer shares he’s dealt with every character’s emotion in the film as holistically as possible and while that was frustrating when he started writing it as a young boy, things changed as he grew up. “I realised I can’t do this by pointing fingers and judging people. And in real life, people don’t constantly talk about how they feel. So creatively, the film conveys certain feelings without being overt,” says Saim.

‘Joyland is a commercial film’ 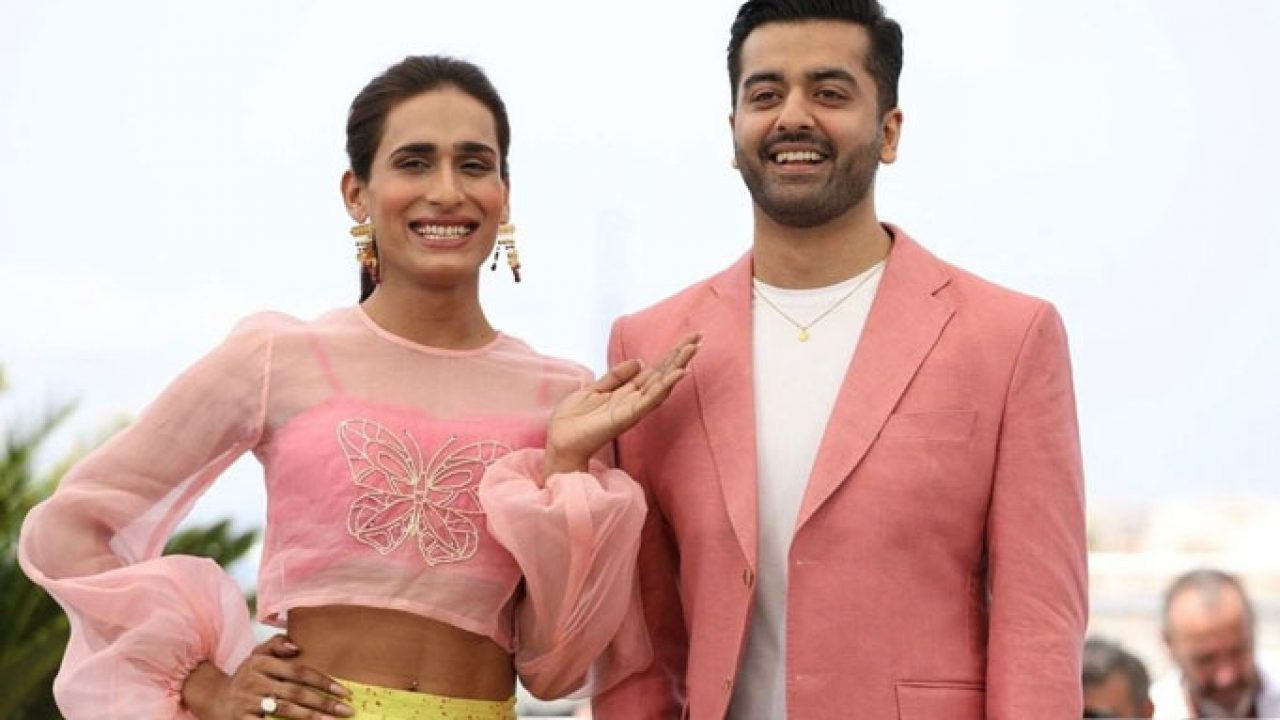 We were in talks with her [Radika Apte] for a project, but I can’t say for Joyland in particular because we were just in talks for something. Nothing came of it.

Saim recalls the Cannes moment as being “the most rewarding part of the whole experience.” The filmmaker grew up with his characters and his characters, with him. Like children, they stayed in the safety net he provided until he knew they were ready to face the world. “I had lived with those characters for far too long, they had become my imaginary friends,” he remarked. “And the way they were accepted by an audience from all over the world, it was validating. The way this audience responded to the film, resonated with it, and was moved to tears by it, made me realise I wasn’t crazy for seven years.”

In May, Joyland received a lengthy standing ovation before moving on to its big win. “Someone said it was 10 minutes, someone said seven. I don’t know what to believe. I know that I had enough time to hug my whole team of 40 people twice,” Saim had told Al Jazeera back then. But would the taboo-tackling flick make the same noise when released in Pakistan, given it doesn’t exactly qualify as a commercial outing? Saim is hopeful. “I think Joyland is a commercial film, it has three songs. There’s a performance on one of the songs. I would, in fact, like this film to broaden the definition of what commercial really is.”

The Indian Express claimed Joyland “makes a statement about inclusivity, diversity and Indo-Pak camaraderie,” provided that it is made by a Pakistani director and a producer of Indian origin. But there was also word about Sacred Games actor Radhika Apte being roped in for the queer drama. Asked if there was any truth to the claim, Saim said, “We were in talks with her [Radika Apte] for a project, but I can’t say for Joyland in particular because we were just in talks for something. Nothing came of it, though, because Pakistan and India weren’t on the best terms.”

Ahsan on artists being criticised for ‘not helping flood victims’

9th Muharram being observed across country amid tight security

Thanks to a unanimously agreed Constitution

Chile to ‘sanction’ those responsible for sinkhole near mine